Home  > Blogs  > The Hierarchy of Needs for Connected Cities 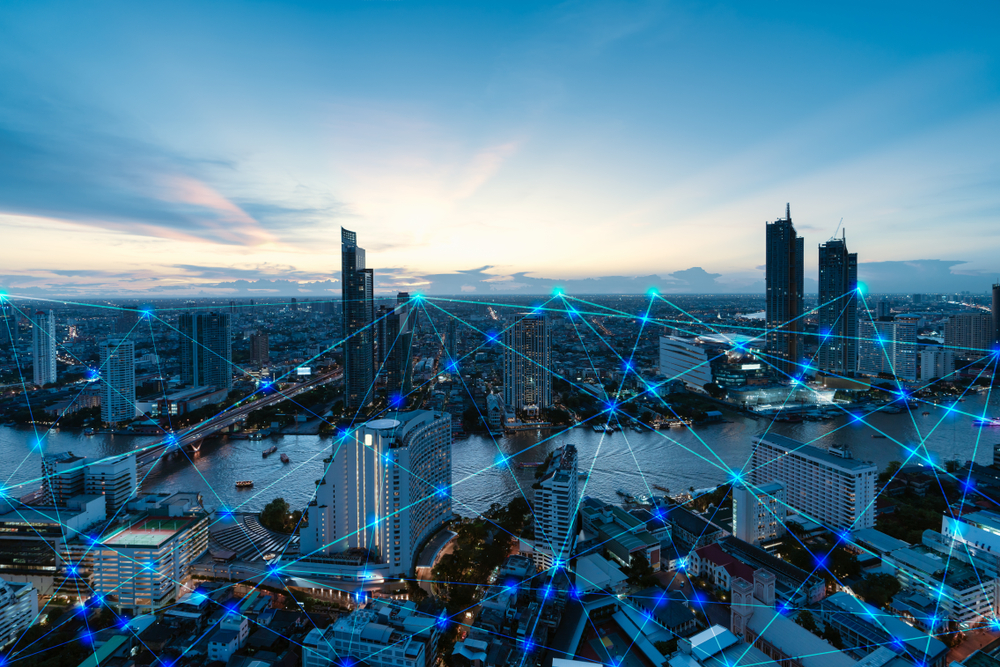 I help our customers and partners with their digital journey, which involves innovation, business growth, and digital transformation. I’m involved in public and private initiatives and programs on a global level, scaling from small up to medium and large rollouts across the value chain.

I’m often asked, “What is a smart city?” “We want to build a smart city. What should we do?”, “Which is the smartest city in the world?” and “How can we implement a project like smart parking?”

To answer these questions, I started a blog series earlier this year. In this blog, I tried to look at the “building blocks” of connected cities in the context of:

The aim of this blog series was to produce a framework that might help city planners and governments to better determine their next steps on the smart city journey and how to approach evolving the brain and nervous system of smart cities.

To start-off this framework, I asked you to visualize a cube.

I referenced Hungarian architect and mathematician Erno Rubik whom wanted to create a structure from which its pieces could move independently without making the structure fall apart. Not long after, his Rubik’s Cube was launched.

What we don’t necessarily know is that the principle of his cube is based on a universal framework that we can actually visualize. I don’t mean the cube or its pieces. What I mean is the wireframe that holds the individual pieces of the cube together.

I consider intelligent cities to be a platform that links and integrates all programs and initiatives that help move a city higher up the value chain. Such a platform is of course technical, but we can also look at it as a principle or framework – like a cube with building blocks and individual pieces that builds and makes the connected city and holds it all together via this wireframe.

Each piece in a connected city has its unique identity and characteristics. In the cube-analogy, this platform holds pieces which all can move independently without breaking the overall structure.

Visualizing the Hierarchy of Needs

Just like a cube and its wireframe can be nicely visualized to help understand how each piece is positioned, and can move independently without making it fall apart, so can a Hierarchy of Needs be applied and visualized; the pyramid-shape is very often used for it.

Such pyramid-shape exists alongside and within each cube.

In fact, each side of a cube can be considered the base of such pyramid-shape. If we unfold the cube, these shapes become visible. And as such, they conceptualize and visualize the Hierarchy of Needs, as it applies to each individual piece of the cube.

The most commonly known hierarchy of needs outlines a range of needs, including physical needs, safety, esteem, and self-actualization needs.

To me, a city’s digital needs are quite similar. I would divide this hierarchy for Connected Cities into four basic layers, each building up the pyramid-shape. From the ground-up:

Security covers both the physical and digital worlds. In the physical sense, video technology powered by cloud and AI has seen wider deployment in recent years and is at the heart of the safe city approach, which is a precondition of intelligent cities. Data privacy and digital security are equally important to ensure citizens can trust how their data is used and to minimize cybersecurity risks to, for example, businesses, governments, and the greater attack surface presented by IoT.

The third layer involves helping industries go digital to gain a competitive edge. From a top-level perspective, many countries are releasing plans to help their industries go digital. The speed, low latency, high bandwidth, and massive connection capabilities offered by 5G will underpin industry digitalization, especially when combined with IoT and AI. Enterprises need to go digital and start leveraging data to be more competitive.

A digital brain is the ultimate goal of digital transformation. Such an environment will merge “city-wide computing” and aggregates data across industries and domains to create huge business and social value. Hangzhou is a good example of how this is happening in China.

Tying it All Together

This is a blog post in a series of 6 publications on the “building blocks” of connected cities and the universal framework that holds it all together, in the context of a framework that might help city planners and governments to better determine their next steps on the smart city journey and how to approach evolving the brain and nervous system of smart cities.

The last blog in a series of 6. However, this blog is also the first post of a series on The Hierarchy of Needs for Connected Cities in the context of Industries.

In my next post I will be looking at the Hierarchy of Needs for Industries, such as education, healthcare, and transportation, to name but a few.

In the meantime, subscribe to the blog and make sure you don’t miss the Trust in Tech on December 10 where I’ll be speaking on “Injecting Hope in the Fight Against COVID-19.